The Power of Wit – The Impact of the Manchester Traffic Signs. 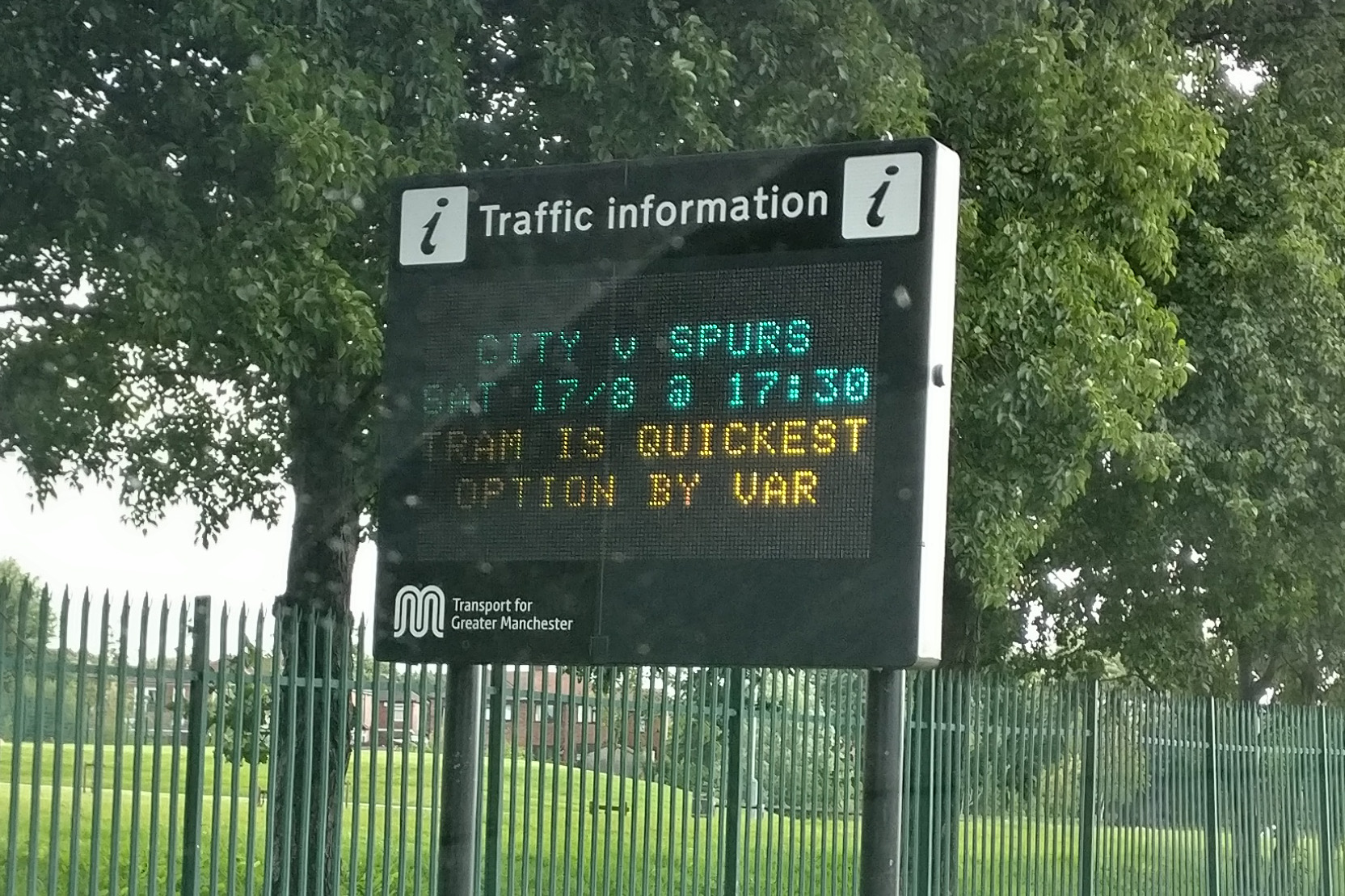 ‘Wit’ or a clever idea can be used in almost any visual situation to draw attention to the designer or creator’s message. For anyone living in and around Greater Manchester they will have almost certainly have noticed the sign’s for TfGM (Travel for Greater Manchester) that give traffic information across the Greater Manchester Area. The signs are informative but also almost always consist of some other ‘witty’ message that draws attention to them. The signs have been a huge success and have had a large impact on Travel across the city region.

What is wit and why does it have such a dramatic effect in visual and written messages?

Witty thinking is intelligence ‘playing’ it is a work out for the mind of the viewer, as they recognise previous familiar words, phrases or visuals that have been given an unusual twist.

Well known song lyrics for example are used by TfGM on one of it’s signs – ‘Tram it, Bus it, Walk it, Bike it, who do you think you are’. The well known spice girl lyrics are altered to carry the organisations message about how to get to and from the gig quickly and easily. Why is Wit so powerful – wit wins time in this day and age where people are bombarded by messages. Wit invites the audience to participate in the message and the decoding of it. This in turn of course makes the audience engage with the message and feel the satisfaction of figuring out the puzzle set out for them.

Wit gives the viewer a role, they can unravel the meaning of the message put before them, it requires them to be active and alert and therefore ready to absorb and remember the message.

Advertisers tend to want messages to be unambigious and straightforward. But this makes them bland, uninteresting and forgettable. Wit has a strong effect, you can see how it helped TfGM here: Meet the man behind TfGM’s hilarious traffic signs.